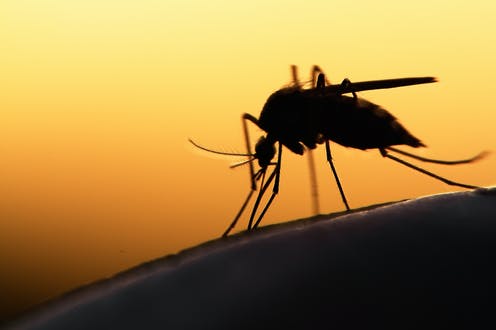 Malaria is one of the most severe public health problems worldwide, with half the Earth’s population living in areas at risk of transmission. It is a leading cause of death and disease in many developing countries, where young children and pregnant women are the groups most affected. Malaria occurs mostly in poor, tropical, and subtropical areas of the world. According to the Centers for Disease Control and Prevention, approximately 1,500 cases of malaria are diagnosed in the United States each year.

Malaria is a parasitic disease that results in high fevers, shaking chills, flu-like symptoms, and anemia. Severe symptoms include brain infection, kidney, liver, and respiratory failure, meningitis, and massive internal bleeding. Although anti-malarial drugs are available to successfully treat this disease, there has been an escalation of anti-malarial drug resistance near the Thai/Cambodian border due to poverty, conflict, and lack of resources. In these areas, local pharmacies are swapping out Artesunate, the world’s main anti-malarial drug, with fake and sub-standard forms, leading to resistance of the drug and the demise of its effectiveness. Losing the first line-of-defense drug, scientists and medical practitioners would be lost with nothing to replace it, leading to devastating effects globally.

Dr. Stuart Tyner, a U.S. military researcher assigned to the Armed Forces Research Institute of Medical Sciences in Thailand, has made efforts to fight antimalarial drug resistance in Cambodia and Thailand. In collaboration with several partners and global health organizations, Dr. Tyner’s research focused on isolating and addressing the emerging drug resistance to Artesunate and other anti-malaria drugs in these areas.

Dr. Tyner and his collaborators identified the issue at a crucial time and caught the resistance early, which enabled them to analyze the parasites in their natural environment and test and treat those infected. Per Dr. Tyner, “There’s always a concern that when resistance to any kind of medicine develops … that it’s going to spread. So the idea is that by changing the drug, you will be able to kill parasites that are becoming resistant to the old drug with a new drug. Once you do that, you are back to a level playing field, where the old drug can still work.”

There remains an urgent need for the early detection of malaria and investigation of treatment failures along Cambodia’s western borders. Researchers continue to travel along the affected borders to see how far malaria resistance has spread; how the drugs became resistant in the first place; and most importantly, how to stop further drug resistance from occurring in the future. Geneva proudly helps military researchers find new treatments for some of the world’s deadliest and most hard to treat infectious diseases. Geneva’s support of infectious disease research is helping to identify treatment options for the global community and our service members who are called upon to serve in those areas.