Identifying Biotypes for Post-Traumatic Stress Disorder for the First Time 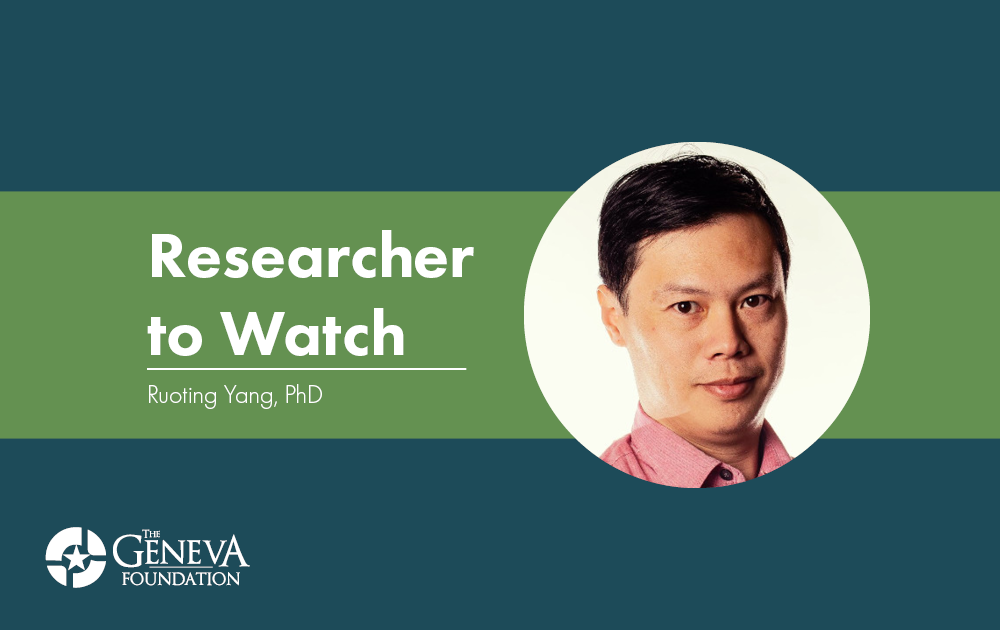 Post-traumatic stress disorder (PTSD) impacts many veterans and soldiers, but diagnosis can be problematic due to the reliance on self-reporting of patient symptoms, stigma within military populations, and other limitations identifying those at risk. It has been a major priority of the Department of Defense (DoD) to identify objective biological markers to aid and increase diagnostic and prognostic accuracy.

Geneva Scientist Dr. Ruoting Yang first-authored a manuscript published in Molecular Psychiatry on biotypes for PTSD, the first of their kind of any psychological disorder. Dr. Yang is a Computational Biologist, specializing in artificial intelligence, software, and biomarker research.

Dr. Yang is part of a group of researchers from the PTSD Systems Biology Consortium, a network of world-renowned scientists from the Walter Reed Army Institute of Research (WRAIR), Harvard, New York University (NYU), University of California San Francisco (UCSF), Institute for Systems Biology, and Mount Sinai Hospital, who are devoted to identifying biomarkers for PTSD. In a manuscript published recently titled “Epigenetic biotypes of post-traumatic stress disorder in war-zone exposed veteran and active duty males,” researchers used blood tests from male, combat-exposed veterans over a period of three years to identify two distinct biotypes which had differing genetic markers.

According to a recent news release published by WRAIR, “future studies are planned to incorporate biotyping into clinical trials for PTSD therapeutics currently in development.”