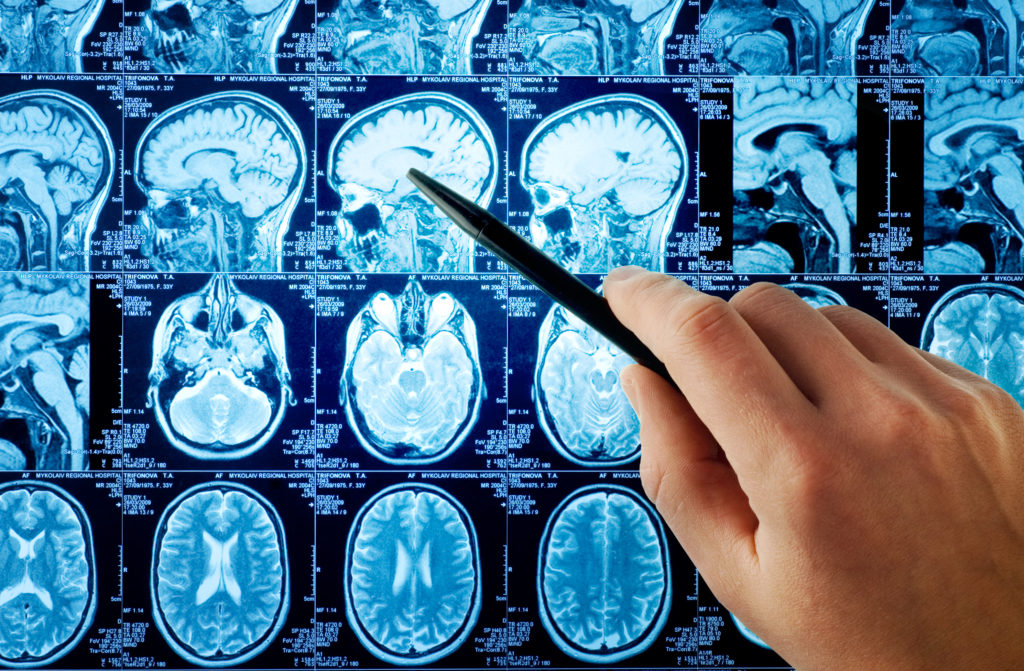 Although the 1990s were considered the Decade of the Brain, there was less of a focus on translational research as it pertained to the brain and health in both civilian and military populations. In 2007, preempted by new concussion research and a media focus on brain injury, brain health research exploded introducing a shift to a nationwide conversation on brain health and new federally-funded human neuroscience research.

“That’s when the conversation flipped,” said COL, U.S. Army (Ret.) Dallas C. Hack, MD, MPH, FACMPH, an independent consultant in brain health and TBI who has served on Geneva’s Scientific Advisory Board of Directors since 2019. “We started thinking about the brain holistically.”

In 2008, COL (Ret.) Hack became the Director of the Combat Casualty Care Research Program and the first Chair of Joint Program Committee 6 (Combat Casualty Care) at U.S. Army Medical Research and Materiel Command (USAMRMC) in Fort Detrick, MD. He was charged with coordinating leading edge research focused on new techniques and products to save the lives and reduce morbidity of troops injured in the line of duty.

Raising public consciousness on the invisible wounds of war

The military’s major investment into brain health brought a variety of research opportunities to the table during Hack’s leadership. The expertise behind the Combat Casualty Care Research Program helped to lay a foundation for funded translational research. COL Hack’s responsibilities included a portfolio of more than 600 projects directed at TBI.

As a co-author of the 2013 National Research Action Plan, COL Hack developed a strategic action plan to address fundamental issues in TBI research, initiating major efforts across the continuum of care. The plan, in response to a Presidential Executive Order, focused on improving access to mental health services for service members, veterans, and their families. Hack reflected that it was important to share research and knowledge to train military personnel and demonstrate the return on investment for this momentous Congressional initiative.

The importance of preparing warfighters for psychological stress

COL Hack’s background as a preventative medicine physician has provided him with a broad perspective throughout his career that has informed not only how the military treats brain injuries, but also how the military could prepare for and prevent them.

“Brain health injuries can occur due to a variety of causes, not just wounds and blasts like we traditionally thought of them. Psychological stress plays a big part,” said Hack. “The better your brain health is before you face the stress, the better it will be after the stress.”

Brain health remains a key focus for the military. “Researchers continue to learn every day how to train the brain’s cognitive performance. While we could be outnumbered on the battlefield, we can outsmart them. You can do more to strengthen the brain than you can do with muscles,” said Hack. “Keeping the brain healthy is a lifelong endeavor.”

“The DoD’s partnership with the NCAA completely changed the way we take care of the chronic effects of brain injuries,” said COL (Ret.) Hack.

Hack is motivated and inspired by the innovation that comes from outside of the government and collaborations that can take place. Recently, the FDA approved the first blood test to aid in the diagnosis of brain injury.

“We have a community responsibility to make a difference, from federal agencies, regulatory agencies, non-profits, and for-profits, we can partner and consolidate our work to make major strides, not duplicate them,” he said.

His advice to current researchers in the field, knowing firsthand that it can be frustrating due to how long it takes to make change happen, is to “think broadly and be open to new ideas.” Knowing that we understand 10% of the brain so we’ve barely just begun to understand how to improve cognitive functions, he said, “we need their new ideas to find their way to the clinic.”

The future of TBI research

The Warfighter Brain Health Initiative, chartered in 2011 by the U.S. Army Medical Research and Development Command, is integrating all research efforts with the military and playing a key role in understanding the brain with more than just physical trauma. Hack feels strongly that the program’s shift away from being strictly focused on bleeding trauma and aligning programs such as the Defense and Veterans Brain Injury Center (DIVBIC), a division of the Defense Health Agency Research and Development Directorate and the TBI center of excellence for the DoD, all the way up to NIH, is the right path. He says the Comprehensive Strategy for Warfighter Brain Health, developed in response to the Deputy Secretary of Defense memo of 1 October 2018 on the same topic, will further enhance total force coordination of brain health efforts.

When asked what he is most proud of in his brain health work in the military, COL (Ret.) Hack said, “The shift in how the military has approached and is approaching brain health research. The military is now thinking of the brain in terms of possibilities and what can be done. I am humbled and proud to have been able to lead that program at the center of that shift.”

COL (Ret.) Hack’s views do not represent those of the Department of Defense or The Geneva Foundation.