The 3D BioFabrication Facility (BFF) was launched in mid-2019 and marks the first-ever 3D printer capable of manufacturing human tissue (including, someday, organs) in microgravity.

The Geneva Foundation (Geneva), in partnership with the Uniformed Services University of the Health Sciences (USU), commercial space company TechShot, Inc, and 3D printer manufacturer nScrypt, Inc., have successfully completed the first 3D printing test experiment of a human knee meniscus onboard the International Space Station U.S. National Laboratory (ISS National Lab) as part of the Defense Health Program-funded 4D Bio3 (4-Defense Biotechnology, Biomanufacturing and Bioprinting) Program. Astronauts on board the station conducted this pilot research experiment that tested the materials and computer aided design developed by the 4D Bio3 team. The meniscal injury is one of the most common orthopedic injuries affecting military service members and the opportunity to print tissue in microgravity presents unique advantages for tissue engineering. The experiment is part of several research and development efforts to manufacture tissue, and someday, perhaps organs, in space.

“Our Fabrication in Austere Military Environments (FAME) program explores the challenges of 3D printing health-related products in various remote settings which our service members are often deployed. We successfully 3D printed surgical instruments, bioactive bandages, anatomic models and human meniscus tissue last summer in our first pilot study performed in the desert heat of Africa. In this second pilot study, we anticipate learning valuable lessons on the challenges and benefits of 3D biofabrication of human meniscus in space on the ISS. We have future plans to perform similar experiments in the jungle, aquatic, arctic and high-altitude settings,” said Dr. Vincent B. Ho, Director of 4D Bio3 and Professor and Chair of Radiology at USU. Advances in 3D printing and biofabrication have the potential to provide unprecedented healthcare benefits for U.S. service members who are often sent to remote locations with few host nation medical resources.

The 3D BioFabrication Facility (BFF) is the first-ever 3D printer capable of manufacturing human tissue in the microgravity condition of space. Utilizing human cells, such as pluripotent stem cells, the BFF can create viable tissue in space through technology that enables it to precisely place and build ultra-fine layers of bioink – layers roughly the width of a human hair – in defined patterns.

“The manufacture of soft human tissue, such as hearts and other organs, has proven difficult due to the conflicting needs for bioinks to be printable, biologically relevant, and possess the desired tissue mechanical properties,” said Dr. Joel Gaston who led this experiment and is a USU Assistant Professor and Geneva Foundation Senior Research Scientist. On Earth, when attempting to print with soft, easily flowing biomaterials that better mimic the body’s natural environment, tissues can collapse under their own weight – resulting in inaccurate architecture and cellular connections. But if these same materials are used in in a sustained microgravity environment such as the ISS, 3D-printed soft tissues could maintain their shape.

When the meniscus tears, the shock absorbing cushioning functions poorly, which can lead to arthritis and significant knee pain. Geneva-led research in 2012 found that meniscal injury was 10 times higher in military service members than the general population, primarily due to physical tasks and fitness required by active service. [Source: Jones, Jennifer C. MEd, ATC (2012), Incidence and Risk Factors Associated with Meniscal Injuries Among Active-Duty US Military Service Members, NCBI NIH].

Geneva manages the 4D Bio3 program, a five-year program funded by the Defense Health Program, with the purpose of promoting the development and application of advanced biotechnology for research pursuant to Department of Defense (DoD) priorities and ultimately for clinical translation for Warfighter benefit.

The BFF effort is a multi-disciplinary collaboration between TechShot, Inc a commercial developer and operator of spaceflight equipment and nScrypt, manufacturer of advanced industrial 3D printers.

About The Geneva Foundation
The Geneva Foundation is a 501(c)3 non-profit organization that advances military medicine through innovative scientific research, exceptional program management, and a dedication to U.S. service members and veterans, their families, and the global community. Geneva is proud to have over 25 years of experience in delivering full spectrum scientific, technical, and program management expertise in the areas of federal grants, federal contracts, industry sponsored clinical trials, and educational services.

About TechShot, Inc
Techshot Inc., has been developing new technologies for the aerospace, defense and medical industries since 1988. Its devices have flown aboard parabolic-flight aircraft, sub-orbital rockets, space shuttles, the SpaceX Cargo Dragon and the International Space Station. Its Space Act Agreement with NASA permits the company to commercially operate its equipment aboard the station. Since 2015 the Techshot-designed and built Bone Densitometer has been conducting X-ray evaluations of mice in space for biopharma companies such as Novartis and Eli Lilly. Its Multi-use Variable-gravity Platform has been aboard the station since April 2018. Techshot is headquartered in Greenville, Indiana and maintains an office at the Kennedy Space Center in Florida. http://www.Techshot.space 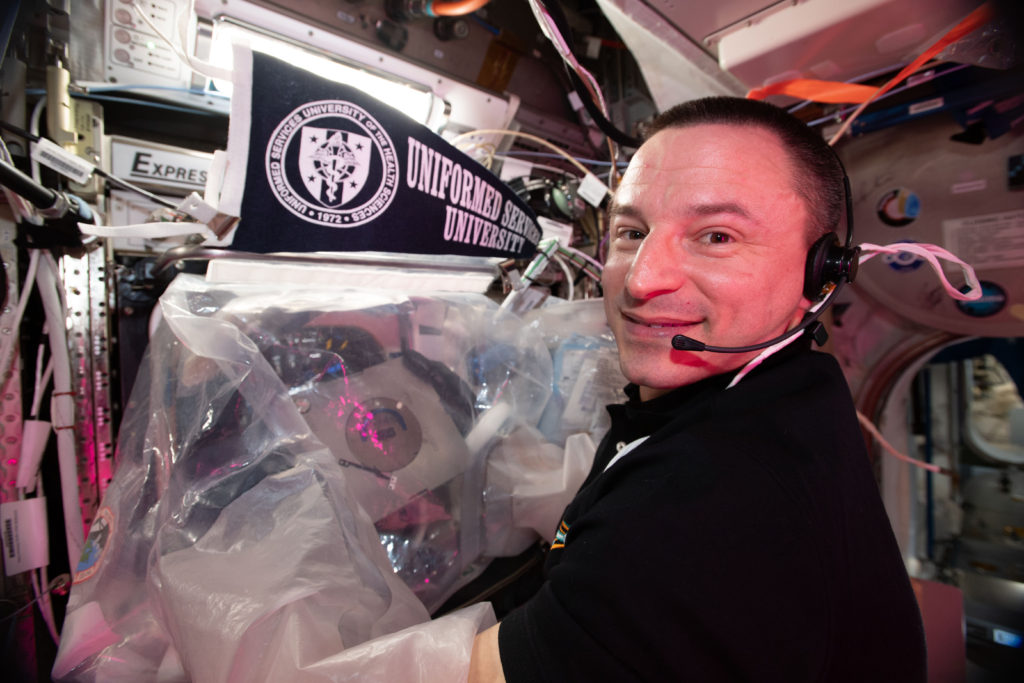